I was honored to have been able to attend the United Nations Foundation’s Nothing But Nets Leadership Summit in Washington DC this past week. It was three days of education on the issue of malaria and the work of the Nothing But Nets program to defeat it for good. We also had the opportunity to lobby on Capitol Hill to advocate for the program and funding that is so desperately needed to continue NBN’s work.

My friend Danielle and I left early Saturday morning to make the twelve-hour drive to DC from our homes in Grand Rapids. We decided to make a road trip of it as flights for the trip would have been out of our price range and financial feasibility. Instead of spending $700 on flights, we made the trip on $180 on fuel!

When we arrived in the city and checked into the Hamilton Crowne Plaza Hotel, the first thing we did after unpacking was take the Metro to Union Station. This was my first time on a subway system and using public transit in a major city! We have a bus system in Grand Rapids that I rode to and from college before I got my license and car, but it pales in comparison to the transit system in DC.

We ate at one of the restaurants in the food court and it was so interesting to people watch.

Sunday night after our first day of keynote speakers and trainings, we decided to hit the town. Danielle had lived in the DC area while serving in the Military, and I was so thankful she knew how to navigate the city! We decided to cover the most ground in our limited free-time by using Capital Bikeshare.

The great thing about the bike share is that the first 30 minutes of your ride is only $2. But we ended up experiencing some extra charges because we had ours out for nearly 4 hours. In total, we spent $40 on using the bikes during our stay, but I am so thankful we did because it saved us from a lot of walking that would have killed my back. 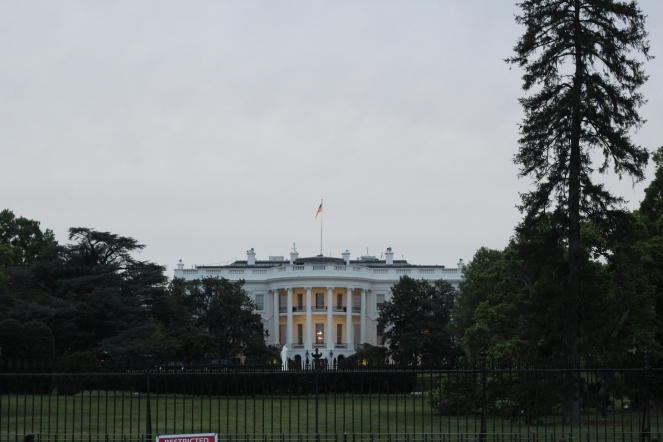 We hit the national mall and saw many of the major tourist spots. I was in awe throughout our trip that a.) I was in a place that is central to our world b.) that I was lucky enough to be there. 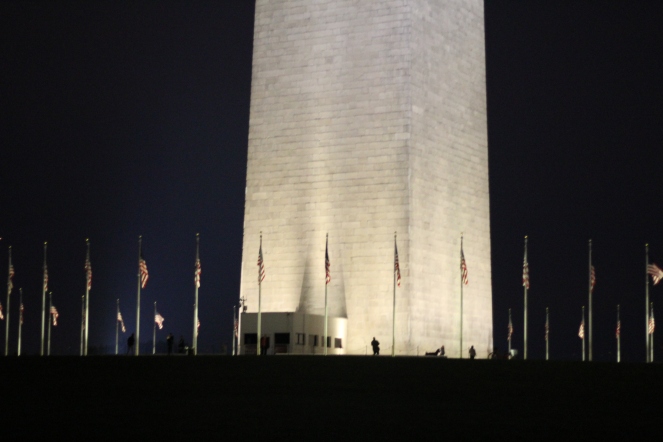 I think when you go to such a famous place, you have a certain idea of what things are going to look like and how you’ll react. I wasn’t really prepared for how beautiful the Washington Monument lit up at night, or how ginormous it is.

This was at the World War II Memorial. It was wonderful to see the pillars of our nation’s states and territories set around the beautiful fountain at night. 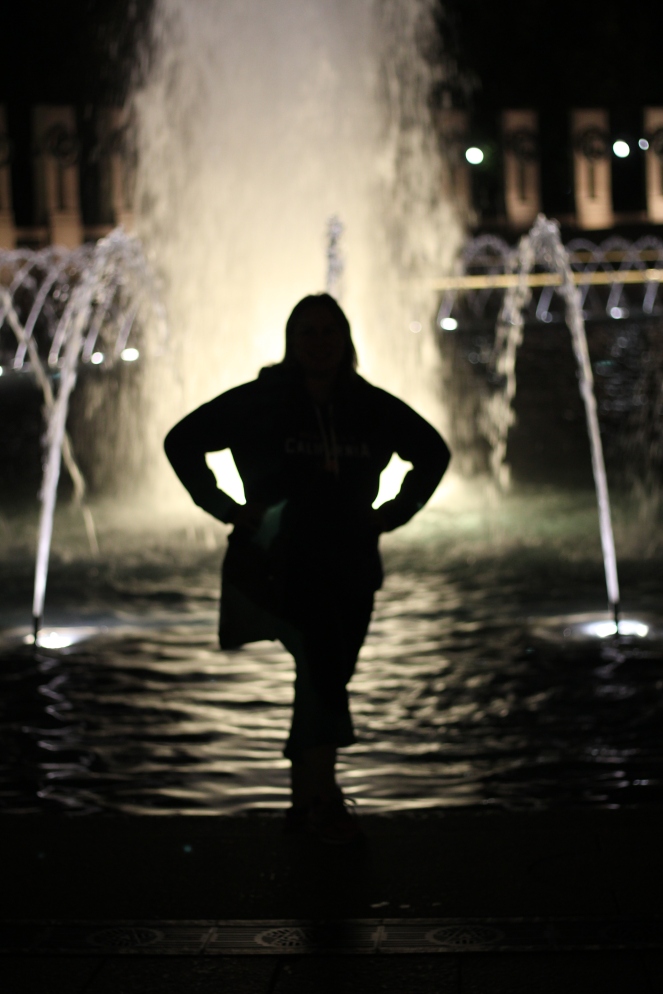 This shot was an accidental one that turned into some of the coolest we took on our travels. We were trying to get my night flash to work, but this beautiful silhouette happened instead. 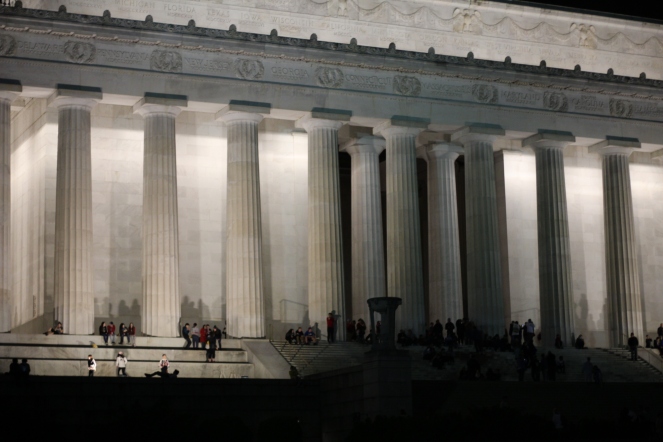 All of our bike riding led us to the Lincoln Memorial. This was another monument that I was not prepared for actual scale. 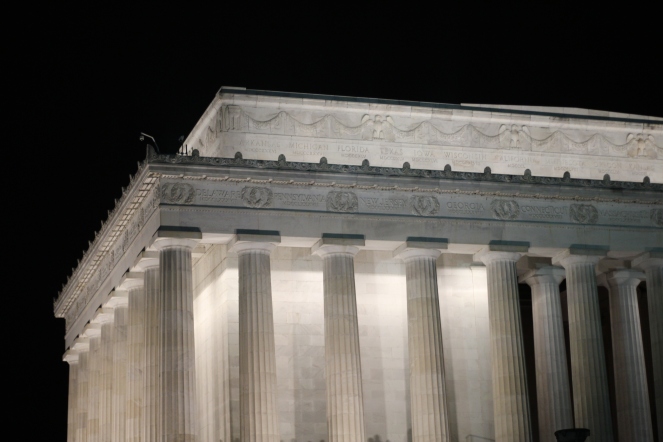 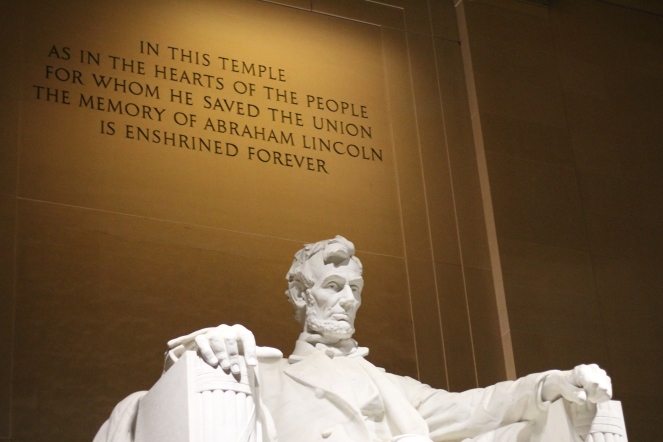 View all posts by handstitchedlifeblog

This site uses Akismet to reduce spam. Learn how your comment data is processed.

Welcome to Handstitched Life!
I'm Jenn, a twenty-something cat lady with an affinity for starting projects I'll never finish and hoarding craft supplies I'll never use.
This blog is my attempt at correcting those last two points.